Juli Winters likes to chat with patients while cleaning the emergency room at Texas Vista Medical Center, but the man in the room at the end of the hall was so sick with COVID-19 that he couldn’t speak.

Even under the plastic surgical gown that usually makes her sweat, Winters felt chills creep up her skin. When she finished cleaning, she stepped into the hallway and made a sign of the cross.

Winters, 58, has worked in hospitals for almost 40 years. She can sense when a patient won’t pull through. She paused for a moment, then added: “It’s sad, but it’s the truth.”

She never knows what each day will bring. Whether she’ll end up cleaning the rooms in the emergency department 53 times or 20. If the hospital will have another housekeeper on staff in the ER to help her, or if she’ll be solely responsible for the two lobbies; doctors’ lounge; nurses’ station; medical supply room; eight bathrooms; and more than two-dozen patient rooms.

Lately, it’s been so busy with an influx of COVID-19 patients that the hospital on the Southwest Side has run out of rooms, so she must also clean as many as a half-dozen hospital beds lining the emergency room hallways.

Armed with gloves, mops and bleach, Winters and her coworkers have labored alongside nurses and doctors in the battle against COVID-19 for the last 18 months.

But for the most part, the billboards and advertisements praising “Health care Heroes” have largely featured the higher-paid doctors and nurses, posing in scrubs and white coats.

“Her team members have the hardest job in the hospital as far as physical demands,” said Evan Bircher, the regional vice president of operations at HHS, the staffing company that employs Winters. “And you’re probably the lowest paid person at the hospital.”

HHS contracts with Texas Vista and other hospitals to provide non-clinical employees. And like the nursing shortage caused by pandemic burnout, the company is also facing a shortage of workers. HHS has about 31 people cleaning Texas Vista, about nine short of ideal staffing.

Low-wage workers — particularly women — were dealt the pandemic’s worst economic blows, often losing income when they were forced to care for children and sick relatives at home.

“We have people that have lost upwards of six family members, so they have to be home because they don’t have that support system anymore,” said Mycah Rex, director of Texas Vista’s environmental services department, which oversees cleaning and infection control.

The hospital’s housekeepers didn’t get hazard pay, but when doctors and nurses are slammed with patients, Winters is the one who sometimes notices the unanswered call button. She brings patients blankets when they’re cold, puts socks on their feet when they can’t reach down on their own and, if the need arises, sits with them and holds their hands when loved ones can’t be there.

“I wouldn’t want somebody to neglect me,” Winters said. Housekeepers are often patients’ only interaction with someone who isn’t there to draw blood, take their vitals or talk about their prognosis. “We take the time to listen,” she said.

Sometimes, Winters said, she gets asked: “Do you think I’ll make it?”

She’ll tell them she can get them a nurse, only for the patient to say: “No, he didn’t answer… so I’m gonna ask you.’”

When patients start ‘pouring in’

Winters’ alarm rings at 3:20 a.m. She dresses in scrubs and packs a lunch, umbrella, change of clothes and Tylenol — she’ll need it for what could be another 14 hours until she returns home again. In the dark, she walks a mile to her bus stop.

Winters usually arrives at the hospital around 6 a.m., an hour before her shift starts. She starts off by calling a nurse supervisor to find out how many patients are in the hospital — that’s how many beds she and her coworkers will have to clean. She stocks her cart with toilet paper, rags, trash bags, disinfectant and gloves, then begins her rounds in the ER.

In the hallway, Winters stopped at a trash can that was emptied by a colleague finishing up the night shift. The plastic liner was slightly loose.

“This is what you call half-assed,” Winters said. She took off the lid, re-tying the bag so it fit snugly around the top of the can.

Although she stands at just 5-feet-1, Winters has a commanding presence in Texas Vista’s emergency room. Some of her coworkers call her “New Orleans” because of her booming voice with a thick Cajun accent. She isn’t afraid to call down the hall to the nursing station to ask why a chair is out of place, or why the door to a patient’s room isn’t closed all the way.

In emergency rooms, even the housekeepers have to work under pressure, with the possibility that tragedy could strike anytime. Winters thrives in that environment, and before Hurricane Katrina shuttered Charity Hospital in New Orleans in 2005, she oversaw cleaning in its emergency room. There, she said, housekeepers were well-paid, but they still had their fair share of turnover because “it was depressing to be around so many gunshots,” Winters said.

Paramedics wheeled in children, men, women, at all hours of the day and night. To this day, Winters said, she may have a hard time reading words on a computer screen, but she can still spot a speck of blood down the hall.

Winters moved from Louisiana to San Antonio after losing a home to flooding for the fifth time. She’s worked at Texas Vista for three years, where, until the pandemic struck, things were much slower.

Even in its early days, many people avoided ERs. But things began to pick up this summer, Winters said, when people who’d delayed medical care for much of the pandemic started “pouring in.” Then came the delta variant, which brought with it a new wave of people sick with COVID-19.

On the busiest days, when rooms in the ER are full, Winters has cleaned “hallway beds” a couple dozen times over the course of shift, she said. Another new phenomenon are her “dailies” — the rooms she must clean once a shift that house patients who are being held in the ER, sometimes for days, because there aren’t rooms open on the general floor.

Sometimes Winters ends up cleaning the rooms of people she knows. While wiping down the sink in a room the other day, a patient sick with COVID-19 realized she recognized Winters.

“You don’t look the same without your red hair,” the woman said.

Winters said she’d shaved off her hair the year before for cancer awareness month, and when it grew back, “It came back white, instead of red.”

Winters chuckled: “And I ain’t coloring it.”

Winters likes to make her coworkers and the patients smile, so she often wears novelty earrings to work. She has pairs in the shape of toilet paper rolls and studs made of screws, she says, for “screw COVID.”

Under her scrubs, she wears a brace on each knee and a hernia belt around her waist. Every hour-and-a-half, she pops a Tylenol. In the fanny pack she keeps on at all times, she carries gabapentin, for nerve pain on the worst days.

Housekeeping is punishing work. It’s heaving bags of linens down hallways, lugging boxes of cleaning supplies and bending on achy knees to wipe bodily fluids off the floor.

During the pandemic, it’s become even more grueling, because each room containing a COVID-19 patient must be sterilized from top to bottom whenever they leave. For Winters and the other housekeepers, that means lifting the mop high over their head, sweating under a plastic surgical gown, while they push it across the wall to sanitize every inch.

In San Antonio, the typical pay for a housekeeper, including those who work at hospitals and hotels, is about $11.42 per hour, according to federal data — less than the estimated $15 to $30 per hour wage it takes to afford a two-bedroom apartment, depending on the neighborhood.

Some of them take on extra jobs, including Winters, who sometimes cleans homes for coworkers and patients she meets in the hospital.

At Texas Vista, about 70 percent of employees across all departments — not just housekeeping — are women, many of whom have children or elderly relatives to care for at home.

“So often, caregivers are people that find themselves working in hospitals, and they assume caregiver identities in their extended families as well,” said Jon Turton, president of Texas Vista Medical Center.

“They kind of have a double burden on them,” he continued.

With the clinical staff now stretched thinner than ever, housekeepers like Winters have become the extra eyes and ears for doctors and nurses.

As she was making a trip to the supply closet recently, Winters noticed through the hospital room blinds that a patient was shifting around in the hospital bed. She thought it was strange: The patient, who’d been there a while, had always laid still.

She peered into the room and realized the breathing machine, which had delivered the patient live-saving oxygen, had been disconnected.

“Help!” Winters screamed, as the patient began thrashing in the bed. Monitors beeped. Moments later, nurses ran into the room to refasten the device.

One of the nurses there that day, Hipolito Mojica, said: “She gave the patient a fighting chance.”

“She’s part of our team,” he continued. “We don’t consider her just a housekeeper.”

Sun Sep 5 , 2021
Q: My elderly mother has lived in a rental townhome in Fairmont, Minn., for 17 years. Amazingly, the carpet is in very good condition as it’s Berber and very tough. The lease states they will deduct $155 for carpet cleaning.Isn’t a carpet fully depreciated by that length of time? Therefore, […] 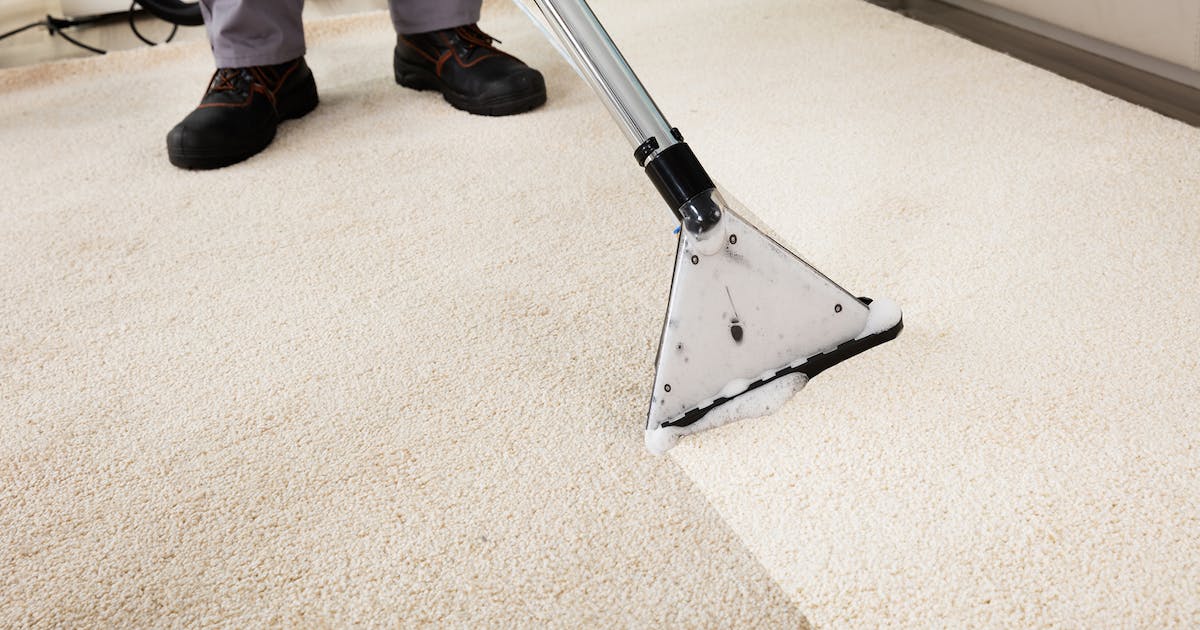 Pinoys are stressed about cleaning. Here are straightforward ways to get it finished

Product of the crop: Apollo Award nominees rise to the top rated

‘Everything will be home-centric’: How Walmart is utilizing inside structure to tap into TikTok’s Gen Z audience