Snoop Dogg is giving back in a big way in the latest episode of Celebrity IOU.

The legendary rapper, 50, teamed up with Property Brothers stars Drew and Jonathon Scott, 43, to transform the garage of his good friend of 16 years, “Commish,” with whom he started the musician’s youth football league. Since then, Commish has changed “thousands” of lives, Snoop shares. Kids in his youth league have gone through college and even made it to the NFL.

“The Snoop youth football league is his baby. He helped bring that baby to life,” Snoop says in the episode, which airs Monday, May 2, on HGTV. “This is something that I just wanted to do for him and just let him know that I love him, and I care about him.”

The Scott brothers and Snoop tricked Commish into thinking he was filming a documentary about Snoop’s life. But when they walk into his backyard in Compton, Calif., they reveal to the football coach they’re actually about to renovate his detached garage into an office and meeting space for the league.

Commish immediately got emotional after hearing of the surprise. “The way me and this guy connect and vibe from day one, you would just think we grew up together like I’ve known him my whole life. He has done so much for me,” he said.

Snoop also shed a few tears. “He’s a giver. Anytime you got somebody that does more giving than receiving you feel like you got to give them something to let them understand what they do to people,” he said. “He inspires a lot of people so I wanted to give him something that he could be inspired by.”

RELATED: Howie Mandel Surprises Longtime Manager Who Recently Lost His Dad with Home Reno: ‘He Is My Family’

In an exclusive clip, above, viewers get to see Snoop getting his hands dirty during the much-anticipated renovation. He hilariously took charge and began managing the Property Brothers stars, telling them just where to place the throw pillows.

“I show you how to organize. Get it together!” Snoop joked.

Drew playfully responded to the rapper’s quip, “I’m used to Jonathon always telling me what to do. Now I have two of you.”

“I’m the twin brother that y’all didn’t know about!” he added.

To end the clip, Snoop guided Jonathon and Drew on how to place a marble coffee table and then complimented their workflow: “Y’all work good together!” He certainly was happy with the final, chic product, saying the pair “overachieved” on the garage makeover.

“I think they put a genie in a bottle and they let the genie out,” Snoop said.

After assisting on the remodel and getting some quality time in with the HGTV stars, Snoop was crowned an honorary brother.

“I kind of feel this is a great dynamic here,” Drew said. “So if you have time in your busy schedule maybe the three of us need to turn into like the new Property Brothers.”

Snoop definitely agreed with the new title. “Snoop brother — that’s me,” he said.

While the episode showcased some fun moments, the final reveal was definitely emotional for Commish. “Good Lord have mercy,” he said. “When the blind-fold came off…I thought I was like on vacation somewhere. This Compton?”

Snoop was grateful to give back to Commish who inspires kids everyday.

“This man means the world to me,” he said. “He took my football league to a whole other level. This is something I wanted to do for him to just let him know I love him, and I care about him. He never dreamed of it or wanted it, but it still is a dream come true.”

Never miss a story — sign up for PEOPLE’s free daily newsletter to stay up-to-date on the best of what PEOPLE has to offer, from juicy celebrity news to compelling human interest stories.

In April, the brothers talked to PEOPLE about the show’s impact.

“When we’re revealing the space and you see them with their friend. It’s almost like you’re seeing them 20 years ago,” Drew said. “They’re just being real people and you see that emotional connection. You can’t help but cry because it’s so touching to see these celebrities in such a personal space.”

Sat Apr 30 , 2022
Residences in Minnesota, along with a community sister crew, will acquire middle stage in a new HGTV collection. The house enhancement and real estate network declared its 2022-23 lineup and, between the 6 new reveals slated to roll out, Minnesota-based mostly “Renovation 911” is on the roster. The series follows […] 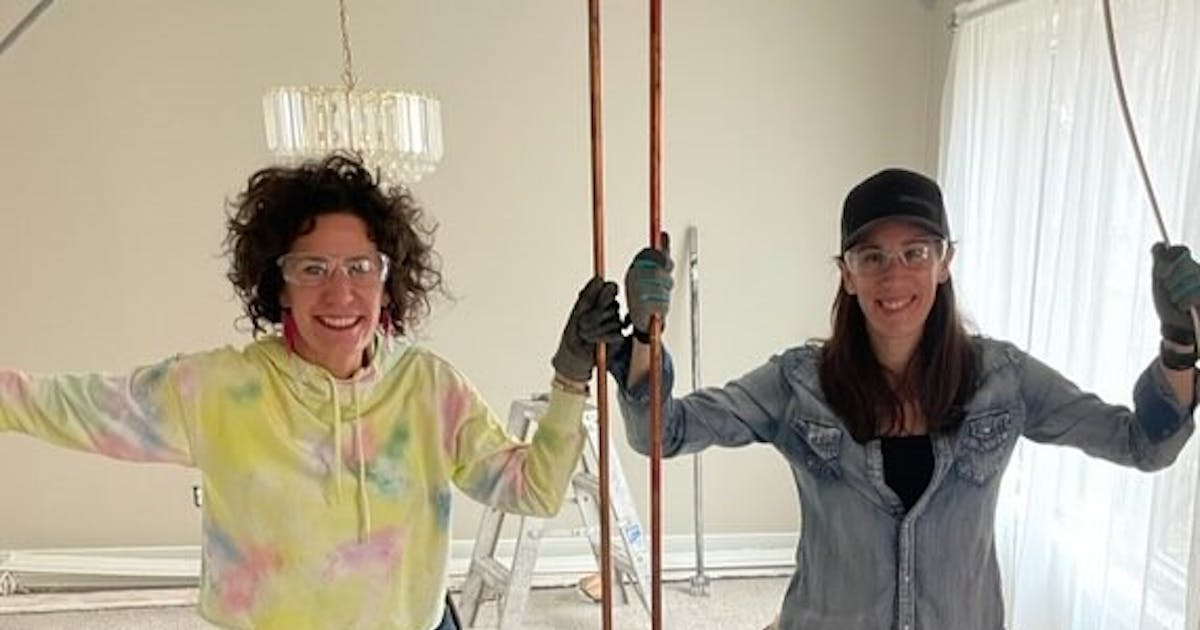