An interior designer returned to her hometown to raise funds to renovate the homes of descendants of the Rosewood massacre.

Healing Homes by Design, a company created by Melody Vaughn, hosted the hometown edition of the “Art, Wine, Design” fundraiser on Saturday at Caffe Sabroso at 404 SE Second St.

Vaughn said this was the fifth fundraiser and it was the first time she hosted the event in her hometown in Gainesville.

Vaughn returned back to Gainesville to repair her mother’s home and she also wanted to use her gift in interior design to repair homes of Rosewood descendants.

Her father, Lawson Brown Sr., was known for his landscaping skills throughout Gainesville and his carpentry in the Rutledge community in northwest Gainesville. Rutledge formed as a black community in the mid-1800s. Gainesville at the time was small — maybe a block long — and blacks often created settlements in what were then rural locations.

Vaughn attributed her love for design and her service to helping others from her father’s work.In fact, Vaughn’s father’s name is on a plaque in front of the historic Thomas Center in downtown Gainesville for doing the landscaping when the building was renovated years ago.

“My father taught me how to heal through the landscapes he designed,” Vaughn said. “There’s not one lawn in Gainesville my father hasn’t landscaped.”

She wanted Rosewood descendants to be the first recipients to have their homes repaired through Healing Homes by Design.

“Imagine living in a space where you can no longer live in,” Vaughn said. “I’m on a mission. She (Lizzie Jenkins) deserves to walk in a space and be at peace. She served enough. The pieces she has of Rosewood should be in a museum.

Jenkins, founder of The Real Rosewood Foundation Inc., gave an oral presentation on the history of Rosewood and its residents.

The Rosewood massacre happened in the beginning of January of 1923 when homes of Black residents were destroyed by a fire caused by a white mob after a white woman alleged that she had been raped by a Black man, who ended up being lynched during the mayhem.

“I’m blessed to be a part of Rosewood history,” Jenkins said.

Jenkins remembered when Vaughn called her about the fundraiser idea and she was proud to see the idea come to fruition.

“I’m honored to witness the birth of a dream,” Jenkins said. “She told me about her plan, and today it really happened. She’s perfect. God put people in your life for a reason.”

Jenkins said she is thankful to be a part of Vaughn’s mission to help rebuild homes for Rosewood descendants, and she wants the community to support Vaughn in her efforts.

“This is about our future generations,” Jenkins said. “We need to remember and appreciate the sacrifices of our ancestors. Because of them, we are. Without them, we are nothing.”

Virginia Lynn, owner of Cereal Rush, held a pop-up shop of her business at the event.

“It’s important for us to stick together when someone does something good in the community,” Lynn said. “We must do our best to come together.”

Lynn also has skills in event planning and used them to help Vaughn with the fundraiser.

“I had the time so I was glad to be a part of it,” Lynn said. “This is history a lot of people don’t know about.”

Lynn said Black people supporting each other is essential for long-term success of Black businesses and communities.

“When there’s something going on, we should support it in any way we can,” Lynn said. “It doesn’t have to be money; it can be your time.”

Steven Lara, owner of Caffe Sabroso, welcomed the guests to his cafe and gave a brief introduction.

“I love art,” Lara said. “I wanted to do something different within the community.”

The fundraiser featured wine from Micanopy Winery, operated by Matthew and Crystal Bowman, which showcased wine named Bowman Vineyard and Farmhouse for guests to drink.

Hill’s childhood nickname was ‘Bumpy’ and his favorite artist is Pablo Picasso. He showcased artwork of celebrities and abstract art throughout the cafe.

“I’m honored to be here,” Hill said. “It’s important to let people see more positive people to look up to. We must give time and effort to our community. We got to do it ourselves first. Don’t wait on someone to do something.”

Since the launch of her fundraiser, Vaughn has raised about $12,000.

For more information on how to donate, contact Vaughn via email at [email protected]

Inquire an interior designer: Household style and design strategies from a Leander-spot designer 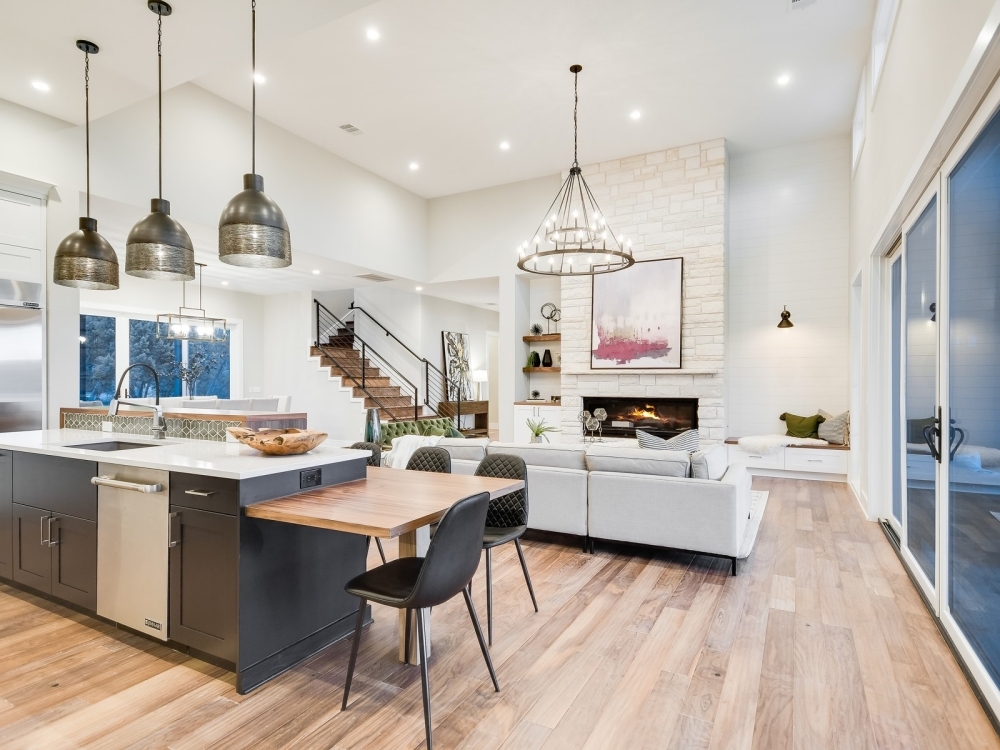