DALLAS — Builders of Hope have been transforming Dallas’ urban neighborhood’s one house at a time. By building affordable homes hoping to grow thriving communities, the nonprofit organization has served the Dallas area for 25 years.

What You Need To Know

“In those 25 years, we’ve built over 500 homes both in-field lot development as well as subdivision build out,” said James Armstrong III, president and CEO of Builders of Hope Community Development Corporation. “We’ve constructed over $75 million in real estate value and we have received and managed and deployed over $10 million in government subsidies for affordable housing.”

But the list doesn’t stop there for Builders of Hope. Over the course of two decades, it’s also built more than $25 million in wealth for low-to-moderate-income families. They also provide financial literacy, wealth coaching, pre-home buyer education, post-home buyer education and walk home buyers through connecting them with partners who assist in credit repair. Most of its impact can be seen in West and South Dallas — areas historically known for its residents living either at or below the poverty level. However, BOH has recently expanded its service area to include Dallas County.

“It’s not just a matter of finding an individual and getting them into a home where they’ll have shelter,” Armstrong said. “But, we really attempt to create economic mobility through the asset of home ownership. On average, our homeowners walk in to $30,000 in equity on day one and that’s how we use real estate to build economic mobility and break the cycles of poverty for low-to-moderate-income families.”

Now more than ever, companies like Builders of Hope see the impact of supply chain constraints coupled with an increase in costs to build along with competitive labor rates as it relates to producing affordable housing.

“Thankfully, we saw the writing on the wall and had prepared for that a couple of years ago actually in the way that we’ve gone about financing our projects, diversifying our portfolio by introducing multi-family into the picture and also again by expanding our service area to include communities outside of your traditional in-field lot development,” Armstrong said. “Our strategic plan behind multi-family development is to create a revenue stream of passive income so that our developer fee on single-family homes won’t be as required as much as it has been in the past.”

Congrats to our latest homeowner! Homeownership is still a sure way to build wealth, and Builders of Hope CDC is making that happen for low to moderate-income families in Dallas.

On average, a BOH homeowner walks into their home with $35,000 in equity. That’s real wealth! pic.twitter.com/sQ92kk1ORE

According to Zillow, the average value of homes in Dallas sits at $310, 959 — the number only includes the middle-priced tier of homes. It’s an increase of 22.2% over the past year. In comparison, the national average of homes has grown 20.6% over the past year to $337,560. And Builders of Hope works to get potential buyers in homes for either around or below the $200K mark.

Besides the price, BOH also offers what they describe as a “semi-custom experience” that allows the buyers to be hands on.

“Our home buyer gets to pick out the brick, the brick color, the outside color, the inside color,” Armstrong said. “Essentially, we give them a floor plan and they’re able to create the house of their dreams, which is uniquely different than a lot of other affordable housing builders and especially different from what you see on the market today — sort of known as your track builder.””

As of now, Builders of Hope has a waitlist of more than 300 people.

“We have definitely felt the pressure of demand superseding supply and that is causing us look at ways we can increase our production to somehow meet the growing demand we’re seeing in the market today,” Armstrong said.

Just as it has done for the past 25 years, Builders of Hope maintains it will continue working on behalf of citizens of Dallas to give them a chance at the American Dream for the next 25 years.

“We believe that one of our values as a company is that they deserve to live where they work and that’s where we’re trying to make a difference,” he said.

Sat Apr 30 , 2022
Snoop Dogg is giving back in a big way in the latest episode of Celebrity IOU. The legendary rapper, 50, teamed up with Property Brothers stars Drew and Jonathon Scott, 43, to transform the garage of his good friend of 16 years, “Commish,” with whom he started the musician’s youth […] 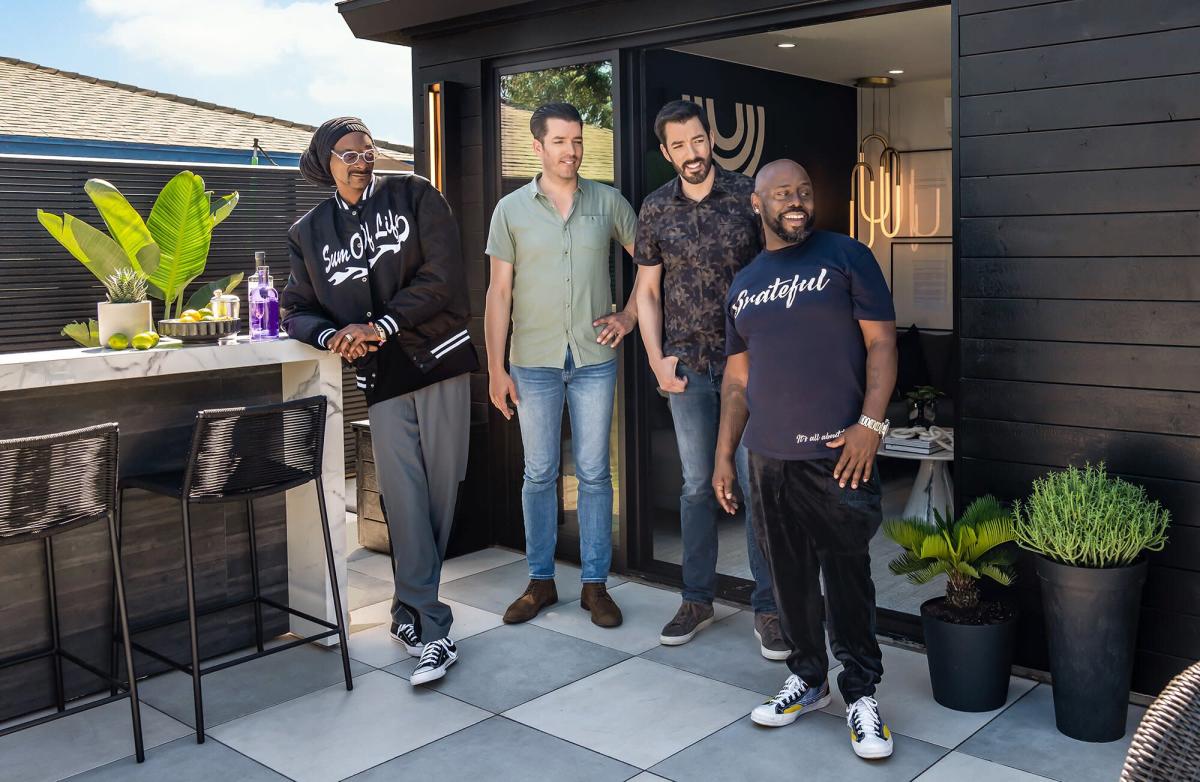